7 Famous Bands That Have Created Music for Video Games

Video Games including licensed tracks from popular musicians have been the norm now for decades. With dozens of sports and racing games including extensive soundtracks from established artists and open-world games such as Saints Row and Grand Theft Auto including multiple radio stations each packed full of popular music, it is incredibly easy to find songs which are included in video games.

Even some Role Playing Games like the Fallout series have dozens of songs included from charting artists, even if they were recorded half a century ago. The gaming industry now easily rivals the film industry for the amount of hugely talented artists who have had their songs included in media. What is much, much rarer for games is popular artists creating music specifically for video games.

The vast majority of video game music is instrumental as it is used largely to help build the atmosphere at any point in a game. This, and the already extremely high cost and time to create a game when compared to any other form of media, leads most games to hire much smaller contractors to create their music, often finding specialists who make video game music for a living or occasionally having slightly more established artist create their soundtrack.

More and more in the gaming industry, it is being realized that video games are an incredible place for musicians to express themselves, and more and more artist is starting to look for games to write for and more games are looking for popular artists to create music! Over the years, many famous bands and artists have created songs and entire soundtracks for video games, and here I will show a few examples.

The first on the list here might surprise a lot of people. Even fans of Bowie and the venerable video game wizard David Cage might not know about this collaboration. Omikron was David Cage’s first independent game back in 1999, which set the stage for his hits in the current millennium.

These two big-profile David’s helped create an incredibly unique and, at the time, ground-breaking videogame which sadly went under the radar to a lot of people with its lackluster marketing and being released late in a console generation on the doomed Dreamcast. Bowie wrote a few excellent songs for this game which he then later released as part of an album, so many fans have likely already heard this game’s soundtrack without even knowing it!

Another little known video game music fact is that the King of Pop himself wrote the soundtrack to Sonic 3 on the Sega Genesis. Sonic games had always been known for their stunning soundtracks on limited hardware, and Sega doubled down on this with their biggest ever release by hiring Michael Jackson to create some magical sound-scapes. This move worked wonders, as it is widely regarded as one of the greatest soundtracks of the era and many of the tracks get covered by other bands to this day. None of these songs will ever appear on a Michael Jackson Greatest Hits compilation, but they made their mark on video game history nevertheless.

Quake is finally making a comeback after decades of slumber, and it seems to be trying to keep with the series (and developer’s) tradition of including extremely aggressive and heavy music as the soundtrack to its visceral titles. After Doom’s success in gameplay and soundtrack, Id Software knew they would have to at least meet their customer’s expectations for a massively hyped-up game. What better way to approach this than to make sure the soundtrack exceeded anything they had done before. And what better way to do that than to hire the now multiple-Oscar-winning Trent Reznor. As one of the kings of gritty music, there could have been no better choice, and some tracks on the original Quake soundtrack are still considered masterpieces for atmosphere and hard-core rocking in video games.

A much more modern and popularly known example is the collaboration between Riot Games and Imagine Dragons to promote League’s new season and the new direction they took the game. They only produced one song for the popular MOBA, but it was an excellent and widely shared piece of music which hit gaming and music media alike and even helped start a tradition of Riot hiring artists to create promotional music in and out of the game, such as having artists write music for popular lol skins; DJ Sona being the most purchased of these skins.

This is the most current example on the list. While not the most established artist I have written about here, Aesop Rock has been creating massive waves in the Hip-Hop sphere the last couple of years and this has been perfectly exemplified in his effort on the video game Freedom Finger. This quirky title is hugely more entertaining with the brilliant soundtrack Aesop crafted, with many elements of the game playing along to the beat. Not only did he write brilliant dynamic tracks for every level, he even wrote a full album’s worth of more traditional hip-hop tracks in the games’ style for the boss fights, and released these alongside the game, earning critical and commercial success in the music space with the music being lauded for its quality even detached from the game.

A very high profile collaboration between the insanely huge Bungie and one of the most successful artists of all time resulted in a few brilliant pieces of music for Destiny. Unfortunately, it is another lesser-known collaboration, but brilliant nonetheless, and earned McCartney one of the largest video game music paychecks of all time. 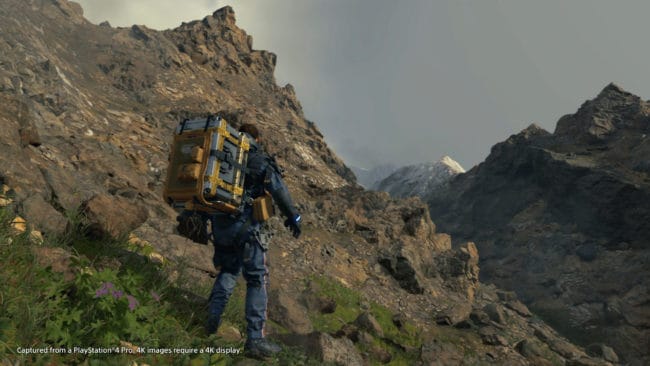 A personal favorite soundtrack of mine is that of Death Stranding, which includes dozens of excellent and perfectly atmospheric songs from lesser-known artists used to effectively accent emotional points in the game. Not only did Kojima license some excellent music, but he also had the increasingly popular dream-pop band CHVRCHES write an all-original song just for the game, and the result is absolute soundtrack bliss.

The Hottest Up-and-Coming Indie Bands of 2020 Music Business: How to Open and Run a Successful Nightclub