The Hottest Up-and-Coming Indie Bands of 2020

Indie music is any music that’s produced independently to the big record labels like Sony music. When people talk about indie bands though they’re usually referring to the genre of music indie rock. Many big bands now started off as independent bands, they are still classed as indie as they still produce indie rock music.

The Buzzcocks’ first EP Spiral Scratch released in 1977 was seen as the start of indie music. During the 1980’s indie music grew in popularity with bands like The Stone Roses, Sonic Youth, and New Order attracting thousands of fans, it was during this decade it became obvious that indie music was going to become a key player in the music industry. It was during the 1990s that indie reached its full potential with indie bands filling out entire stadiums for their performances. Some of the most well-known indie bands include Arctic Monkeys, The Killers, Franz Ferdinand, The Kooks, and Oasis. Some say that indie music is dead but these up-and-coming bands in 2020 show that indie music is still going. 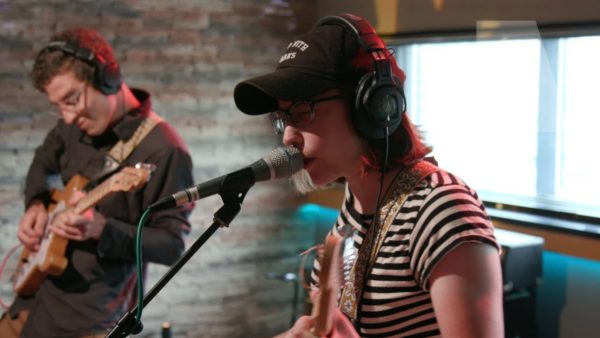 They created their band in Michigan with a different name ‘Sunglasses on a Plane’ During that time they were a duo consisting of frontman Avery Springer and guitarist Nick Cartwright. When they changed their name, they also recruited a new member – the drummer James Ringness and moved their base to Chicago, Illinois. The trio released a full-length album with 10 tracks in 2020 titled Runaway Dog and it is one of the hottest indie albums of this year. Currently, they have 32,507 monthly listeners on Spotify with their most listened to the song have 766,436 listens. Although they don’t have a big following now, we think when more people hear this album that’ll change.

The former frontman of the New Jersey indie band ‘Cymbals Eat Guitars’ Joseph D’Agostino has surprised fans by releasing a new self-titled album ‘Empty Country’ this year. Cymbals Eat Guitars broke up after 2 years of performances which left they’re small, but devoted supporters disappointed. Now he’s back on the radar as an up-and-coming performer to look out for this year and we’re sure once you see the face behind this voice, like us you’ll be searching how to plan your wedding with him. This album was inspired by artists like Bruce Springsteen. Although Empty Country only has 8,482 monthly listeners and their most listened to the song has 149,048 listens, we still think that this band is one of the top indie bands of the year.

Although Ratboys released their third album this year – ‘Printer’s Devil’ they make the list for one of the hottest up-and-coming indie bands as their third album has a different sound to anything else they’ve produced. They’ve shifted more towards indie rock and this album is nostalgic as it has the sounds of an early 2000’s teen drama soundtrack. The Chicago band has 64,340 monthly listeners but their most listened to the song has a massive 1,427,046 listens, keep an eye on this band because we think they’ll be the next Arctic Monkeys.

American indie rock band the strokes have a massive following of 7,471,584 monthly listeners and their most listened to the song has almost 247 million listens. Although most people think that indie bands have to have a small following, The Strokes are signed to Cult Records which is an independent record label, they are one of the biggest indie bands currently. They gained lots of support after Arctic Monkeys’ frontman Alex Turner included the band name in one of his songs and fans flocked to listen. ‘The New Abnormal’ was released this year and after 7 years with no new music, The Strokes are finally back on the indie scene.

Porridge Radio has 4 members, they’re fronted by Dana Margolin, with Georgie Scott as keyboardist, Maddie Ryall on bass guitar, and Sam Yardley as the drummer. They released the album ‘Every Bad’ in 2020 and have already had 744,445 listens on it. Most indie bands are fronted by men so we love this band as they not only have a frontwoman, but also a woman guitarist and keyboardist.